BREATHIN’: THE EDDY ZHENG STORY will have a special encore television broadcast on America ReFramed on the WORLD Channel on May 29, 2018. Please check local listings.

BREATHIN’ will also be featured on television broadcasts of America Reframed on the World Channel. Please check local listings. 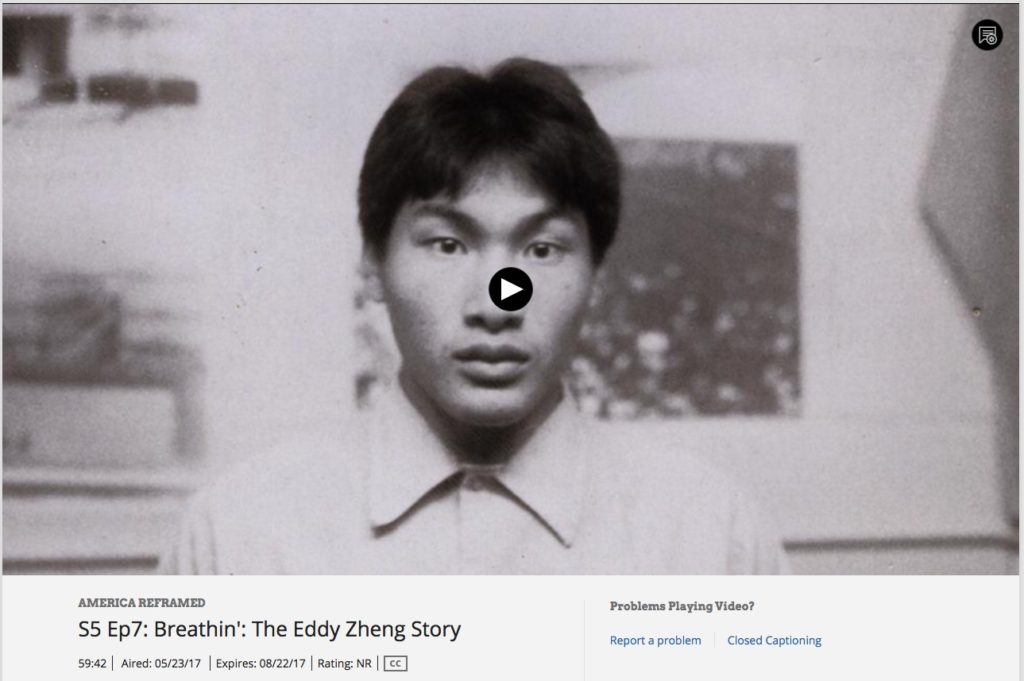 We are thrilled to share that Breathin’: the Eddy Zheng Story will have its public television premiere on May 23 (World Channel)! The film will also be available to stream on the PBS website and app for free. There is new (brief) footage included in this version, too. Much love and thanks to everyone who has helped make the film possible over the past 7 years! 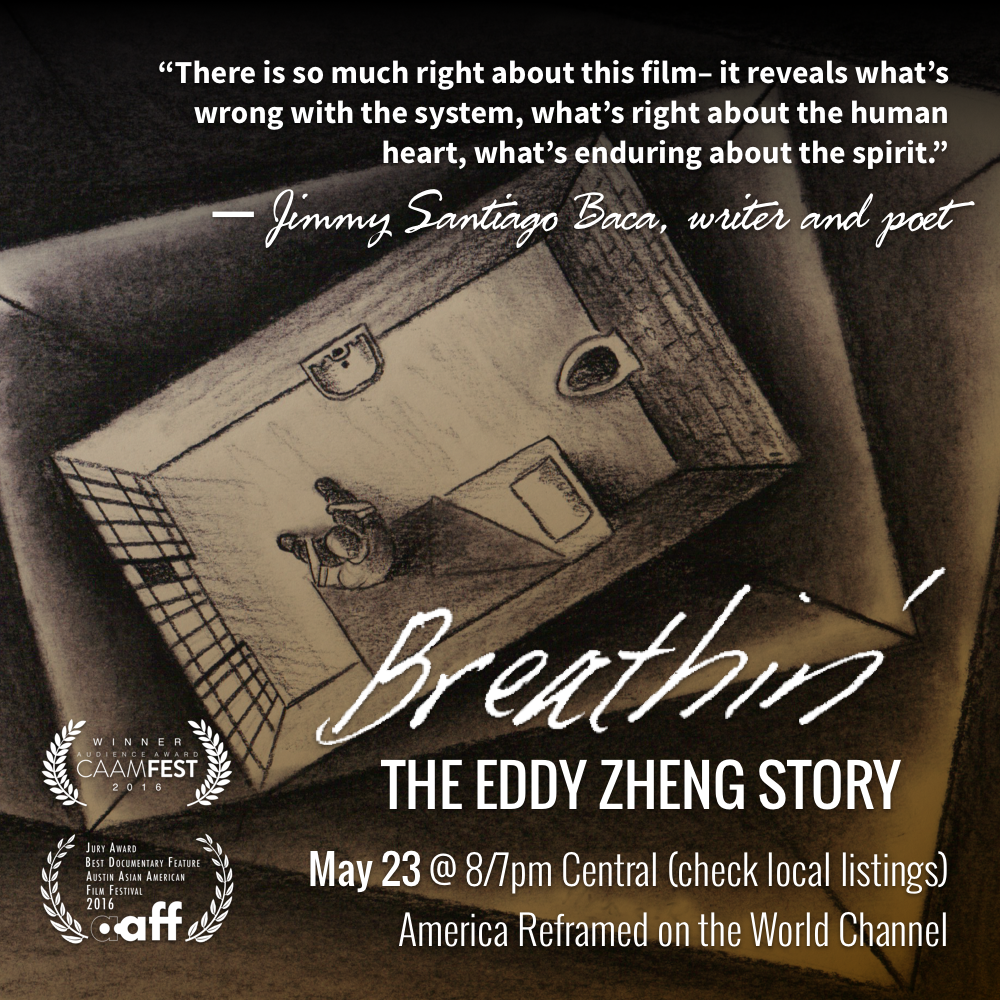 We’ve had a bunch of screenings in the last month! Photos of screenings will be posted to our Facebook page. Here’s a few photo collections:

Over the past 7 months, we have had almost 30 screenings of Breathin’—at film festivals, museums, conferences, Universities, and at San Quentin. We are so grateful to all of our hosts, partners, and collaborators. The tremendous response motivates us to continue sharing Eddy’s story with a nationwide audience. 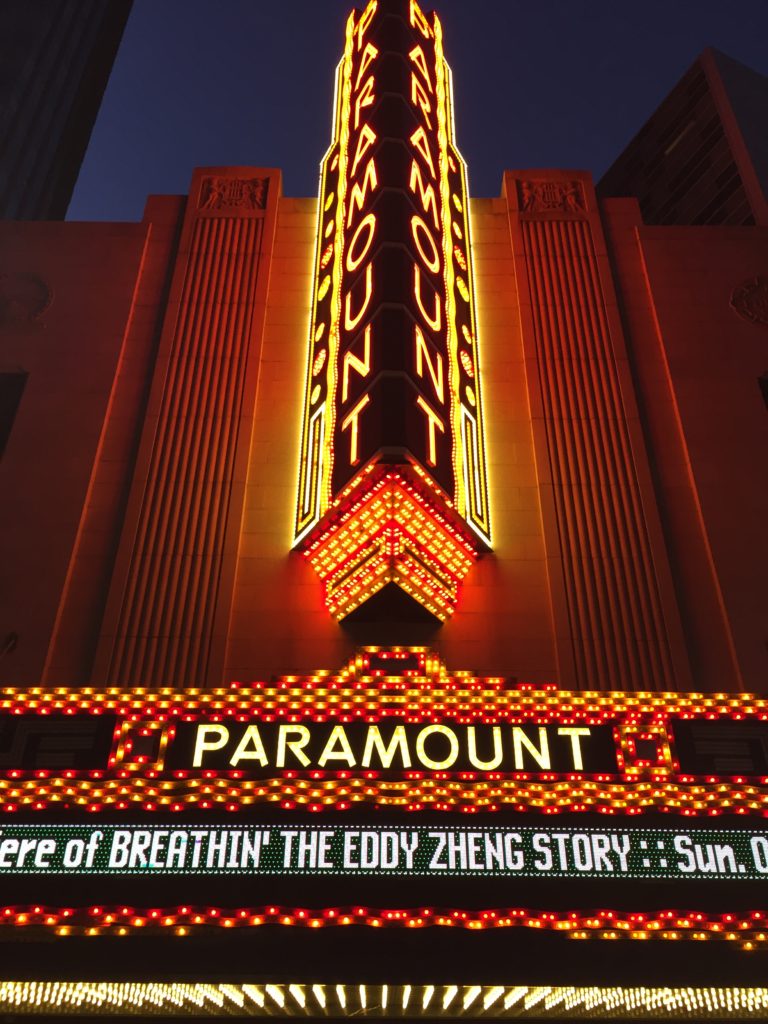 Next up, we have screenings in Oakland, Charlotte, Austin, San Diego, Atlanta, and Philadelphia! Please help us spread the word!

Thanks for all your love, encouragement, and support!

(Featured in credits sequence of the documentary)

All footage in this video are deleted scenes from the documentary. A couple notes on footage to share:

(0:19): Eddy kept almost every letter he received while incarcerated. During one film shoot, he showed us these treasured items–pulling out boxes upon boxes from his closet. The letters (and the community support they represent) made a huge impact on Eddy’s survival, social/political development, and ultimate freedom.

(0:36): Eddy visits the resting place for his Grandparents. Eddy lived with his grandparents when he first came to the U.S., but was not able to have a relationship with them after he went to prison. In this scene, Eddy is able to pay his respects to them (making an exquisite flower bouquet), and reflect on his family’s secret of his incarceration. 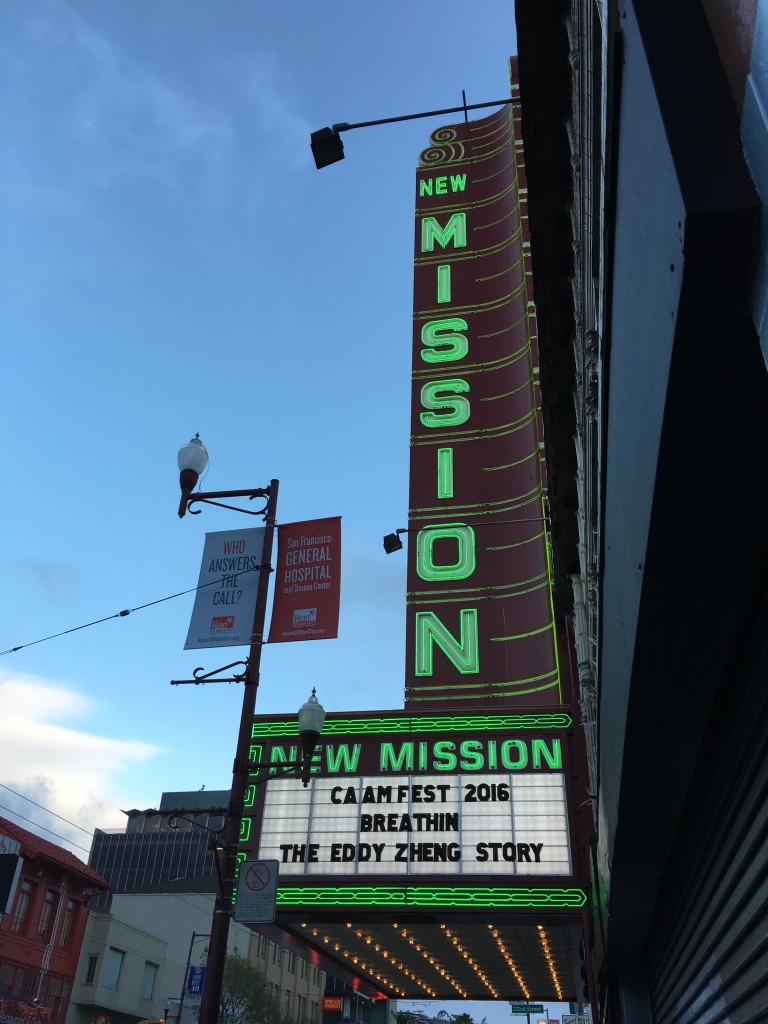 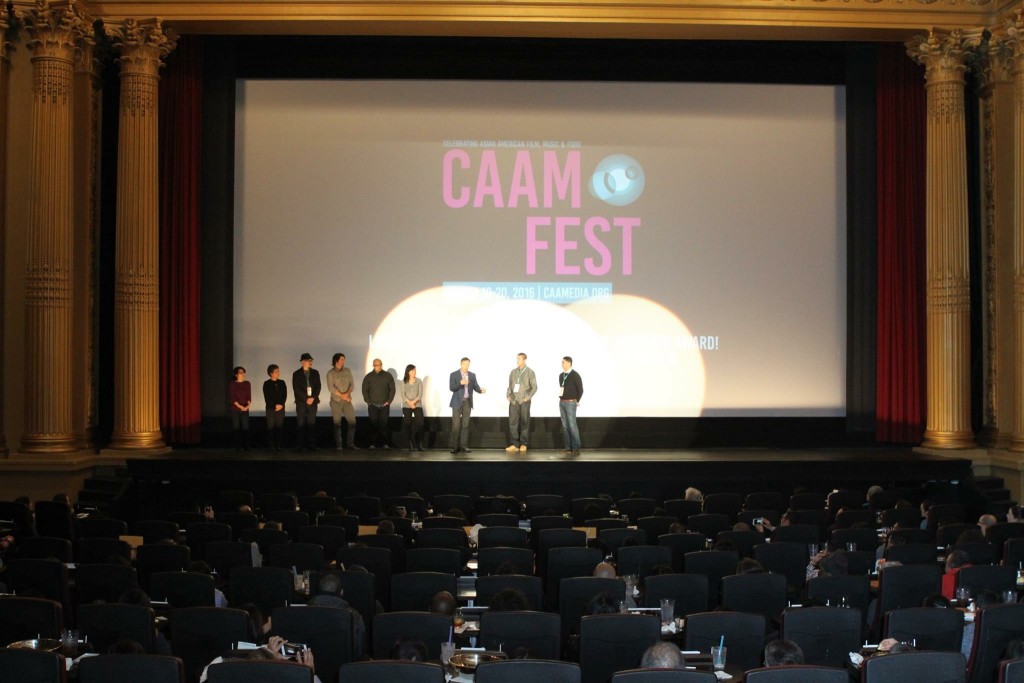 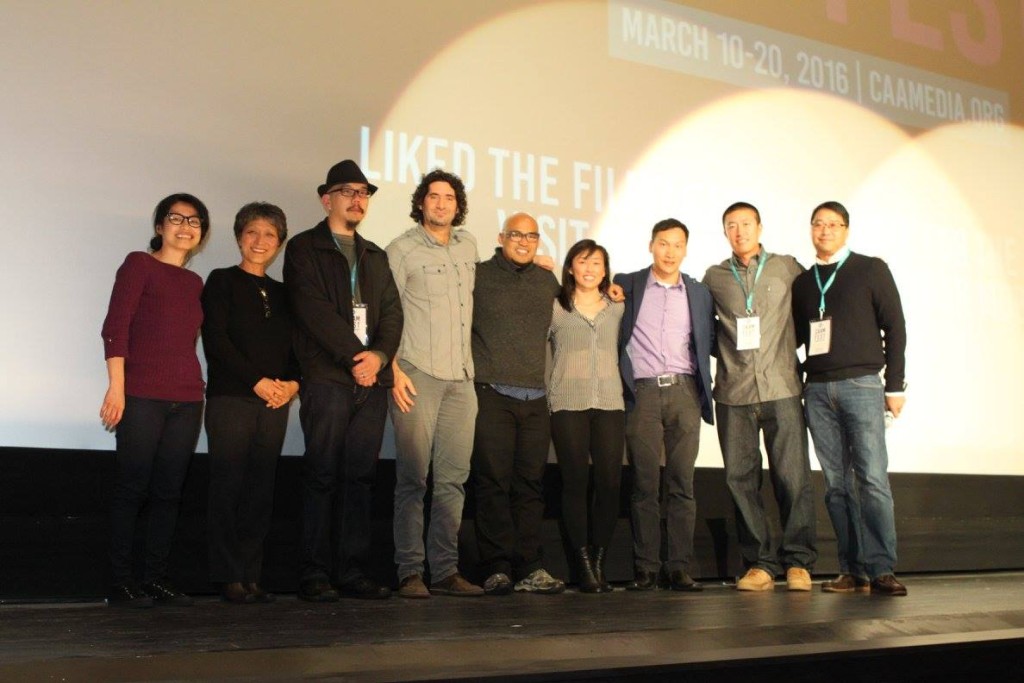 Athough the official World Premiere of Breathin’: The Eddy Zheng Story is on March 11 at CAAMFest, the Asian Prisoner Support Committee and I organized a special preview screening on February 29—at San Quentin State Prison. The screening was hosted by the San Quentin ROOTS program, a weekly class modeled after an Asian American Studies/Ethnic Studies curriculum that documentary subject Eddy Zheng helped co-found. ROOTS is one of the few programs in the nation that addresses the specific experiences of Asian and Pacific Islander (API) prisoners through cultural empowerment and community building activities.

Given that a significant amount of footage was filmed at San Quentin and includes the voices of currently incarcerated individuals, screening the film at the prison was very important to me as a director, and the film’s crew. As far as I know, this is the first documentary film screening about an API subject to be held at San Quentin.

About 75 incarcerated individuals joined us for the early afternoon screening. The crowd was a diverse mix of ethnicities with roots from China, Cambodia, Vietnam, Laos, Thailand, the Philippines, Hawaii, Samoa, Nicaragua, Mexico, parts of Africa, and many more places. Many of the audience members have stories that mirror Eddy’s—juveniles charged as adults, families who hid their incarceration as a secret, and “lifers” who have been denied parole countless times.

Once inside the prison, a projector displayed the movie onto a small screen at the front of the chapel, with rows of men sitting in the pews. The audience was particularly enthusiastic—laughing, nodding, and cheering throughout the screening. The loudest cheers came when Lee, Kam, Thongsy—all API inmates still in San Quentin—and others were given their cameos on screen.

As the film ended, the audience gave us a standing ovation. Many of the men greeted me with smiles, handshakes, and heartfelt congratulations. As expected, the Q&A after the screening was unique and engaging. The audience members expressed how strongly they could identify with Eddy’s struggles and appreciated his journey to change, grow, and evolve as a person. One of the questions explored Eddy’s process of letting go of the prison mindset—and even being okay to wear blue jeans again after his release, as blue clothes are the prisoners’ daily uniforms. Another question reflected on the thin line between maintaining hope against all odds and “lying to yourself”—a dilemma that many of the audience members face on a daily basis, especially the “lifers.”

As Breathin’ premieres at CAAMFest and embarks on many more festival and community screenings, I am forever grateful for the thoughtful, engaging, and warm reception we received at San Quentin. 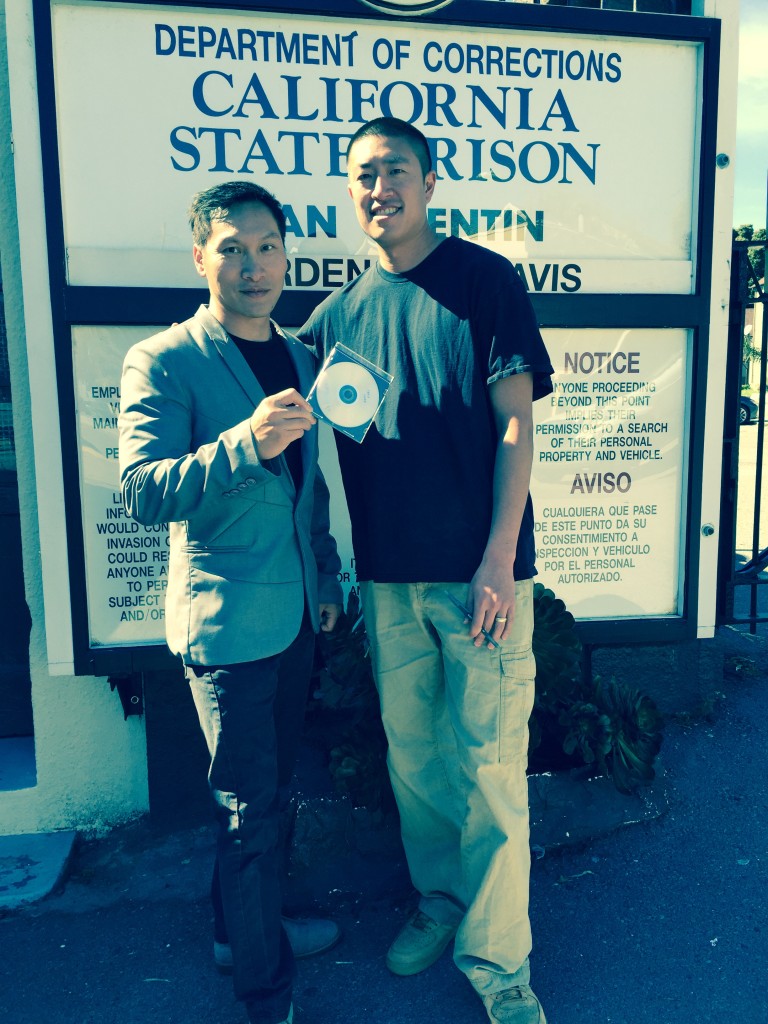 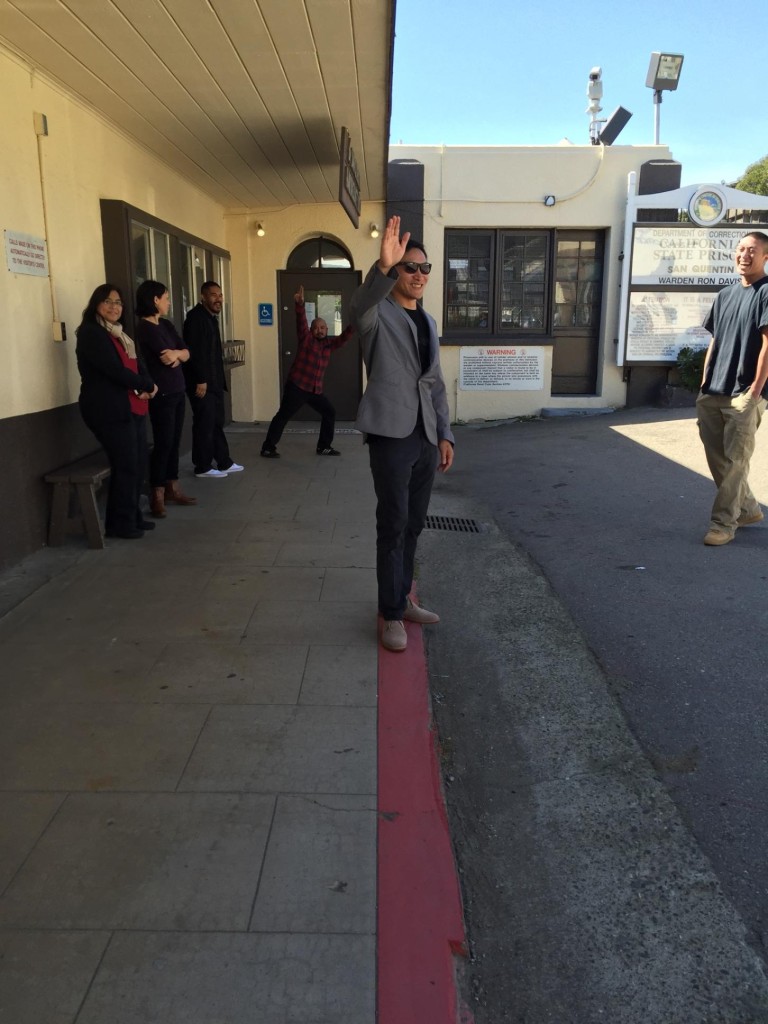 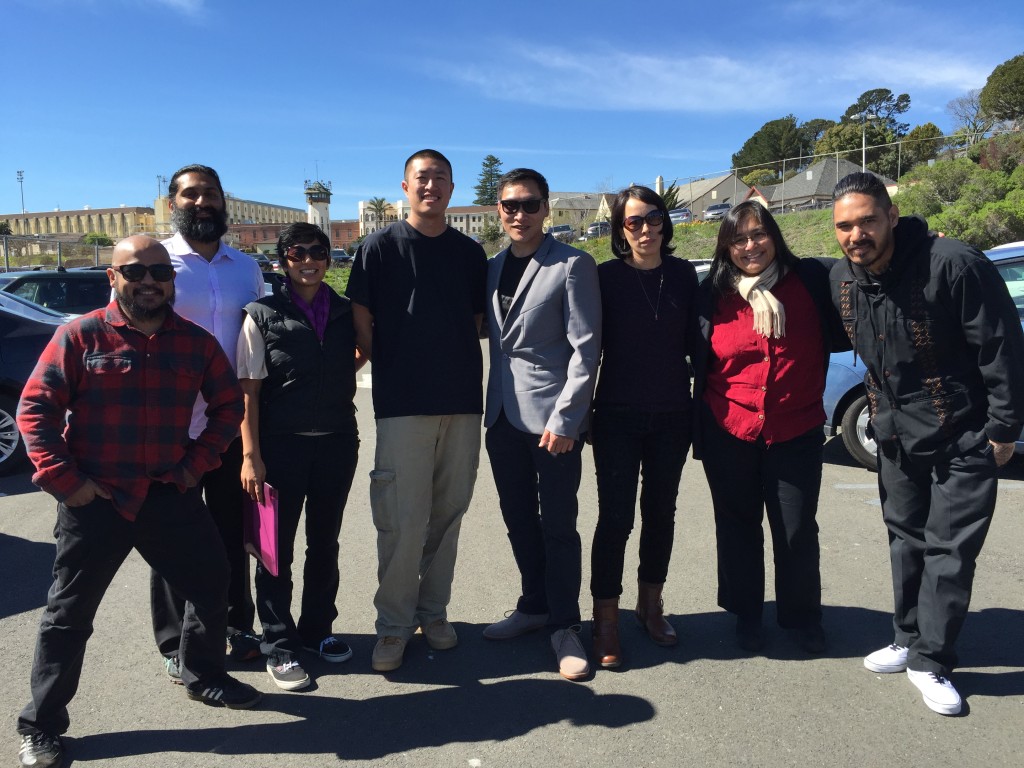 In the parking lot before the screening, the SQ tower and gates in the distance 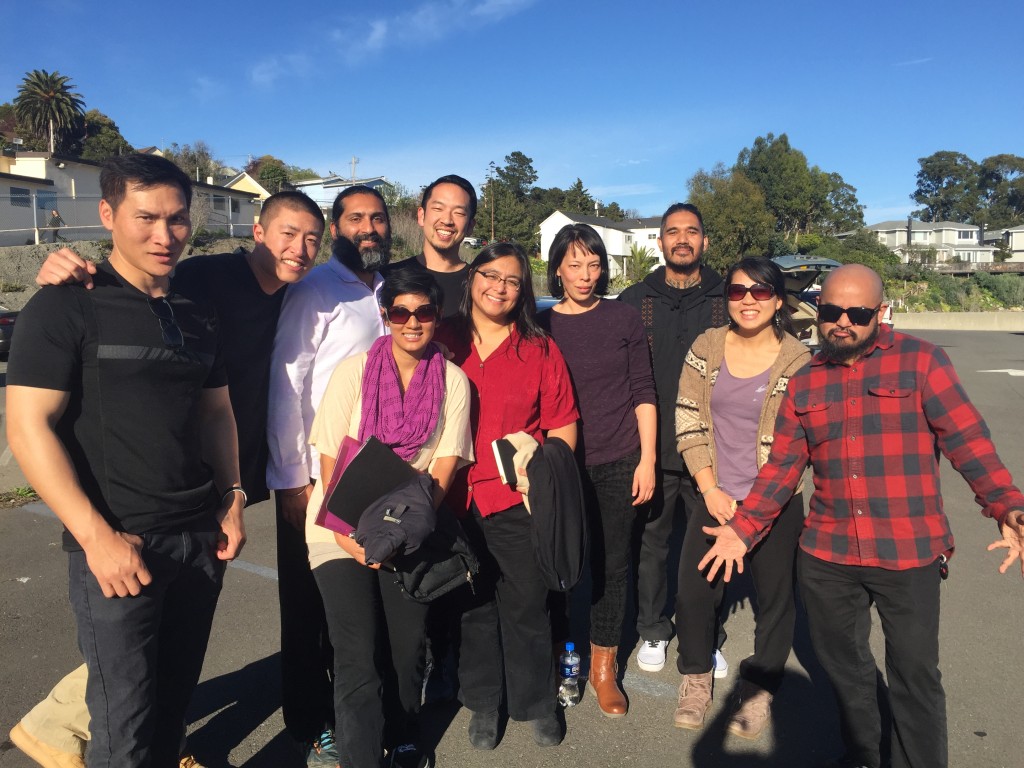 Our group after the screening–some of the sponsors, volunteers, and guests who make the ROOTS program happen on a weekly basis.